Last year I participated in DC in Motion's the 5th annual Frames of Fear animation showcase. The animations were projected onto storefronts and buildings throughout Adams Morgan on the Saturday night before Halloween. The theme was spooky animations related to the stores and restaurants in the DC neighborhood. My idea was zombie pizza, which stems from many late nights in my twenties eating jumbo slices at 2 in the morning from Pizza Mart and Jumbo Slice! Ahh to be young! By the end of the night, there were always tons of half-eaten slices filling the trash in and around the restaurants. So I thought, what if one of these pizzas was bitten by a zombie... they would bite each other, rise from the dead, and try to eat back!

The design, pitch art, and backgrounds were created using #Procreate on my iPad. Layout and animation with Adobe Animate. Final color and FX in Adobe After Effects. There is no sound since the final pieces were projected outdoors.
Below are the final backgrounds, concept pitch art, and some early thumbnail sketches. 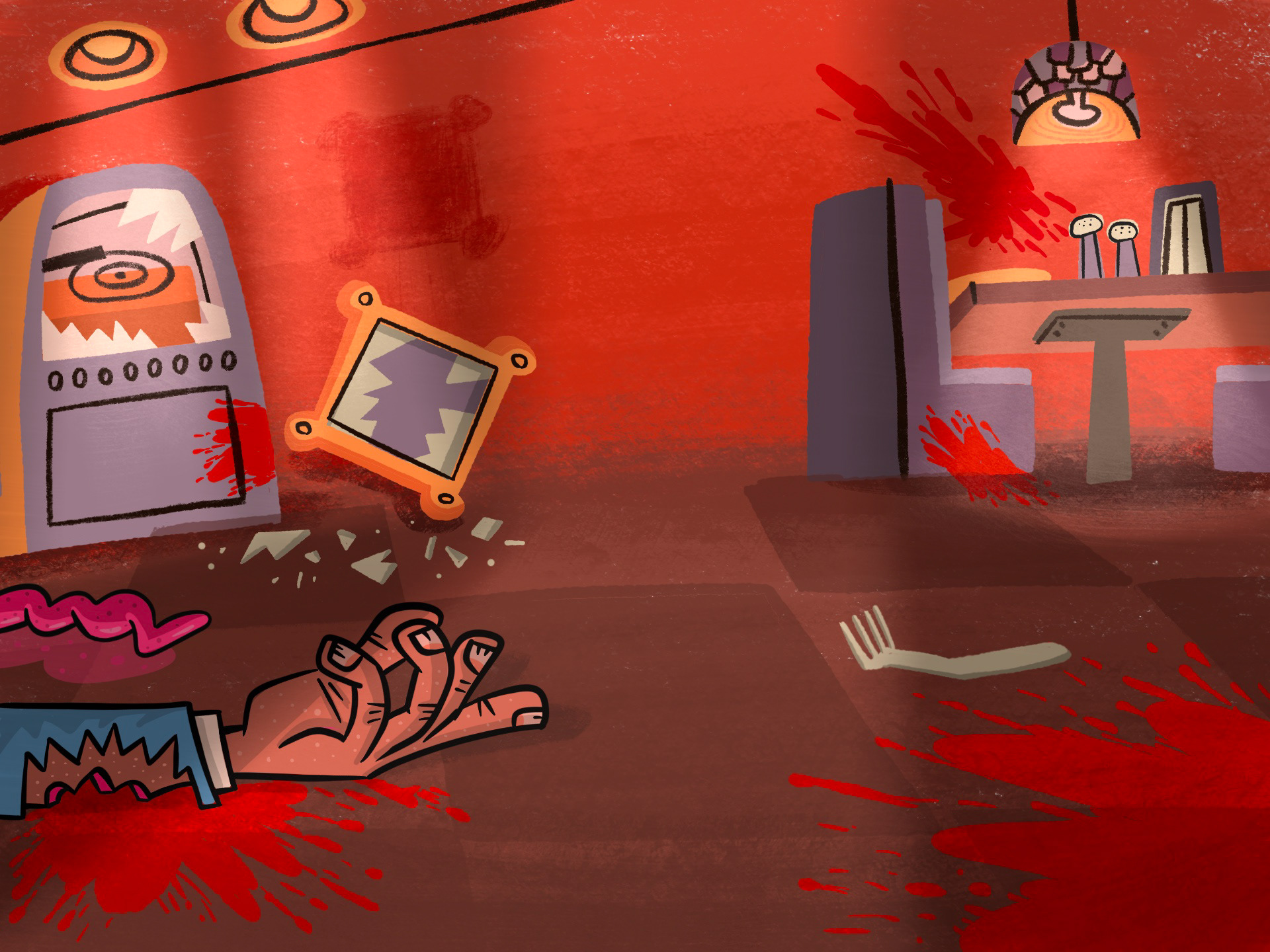 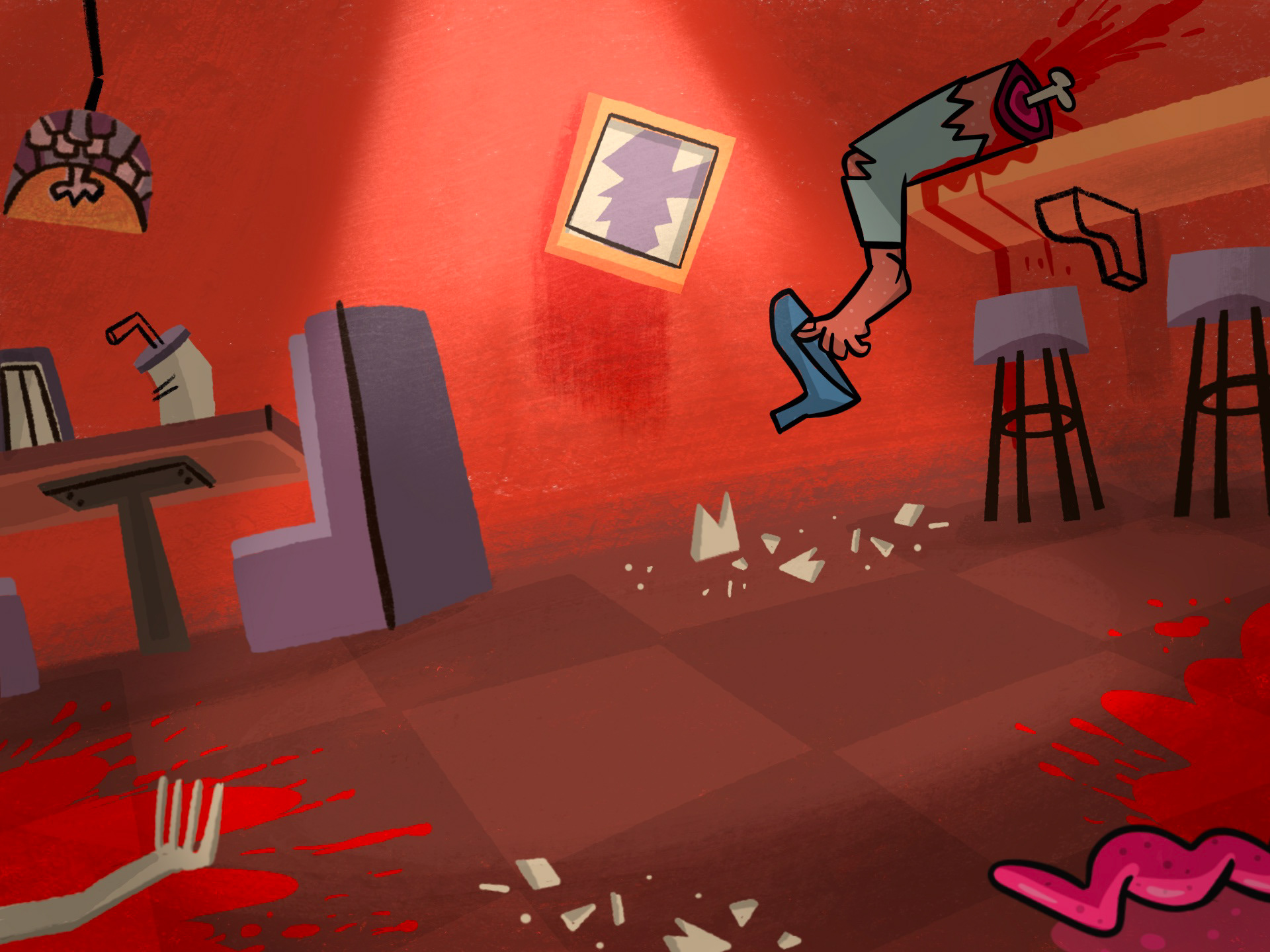 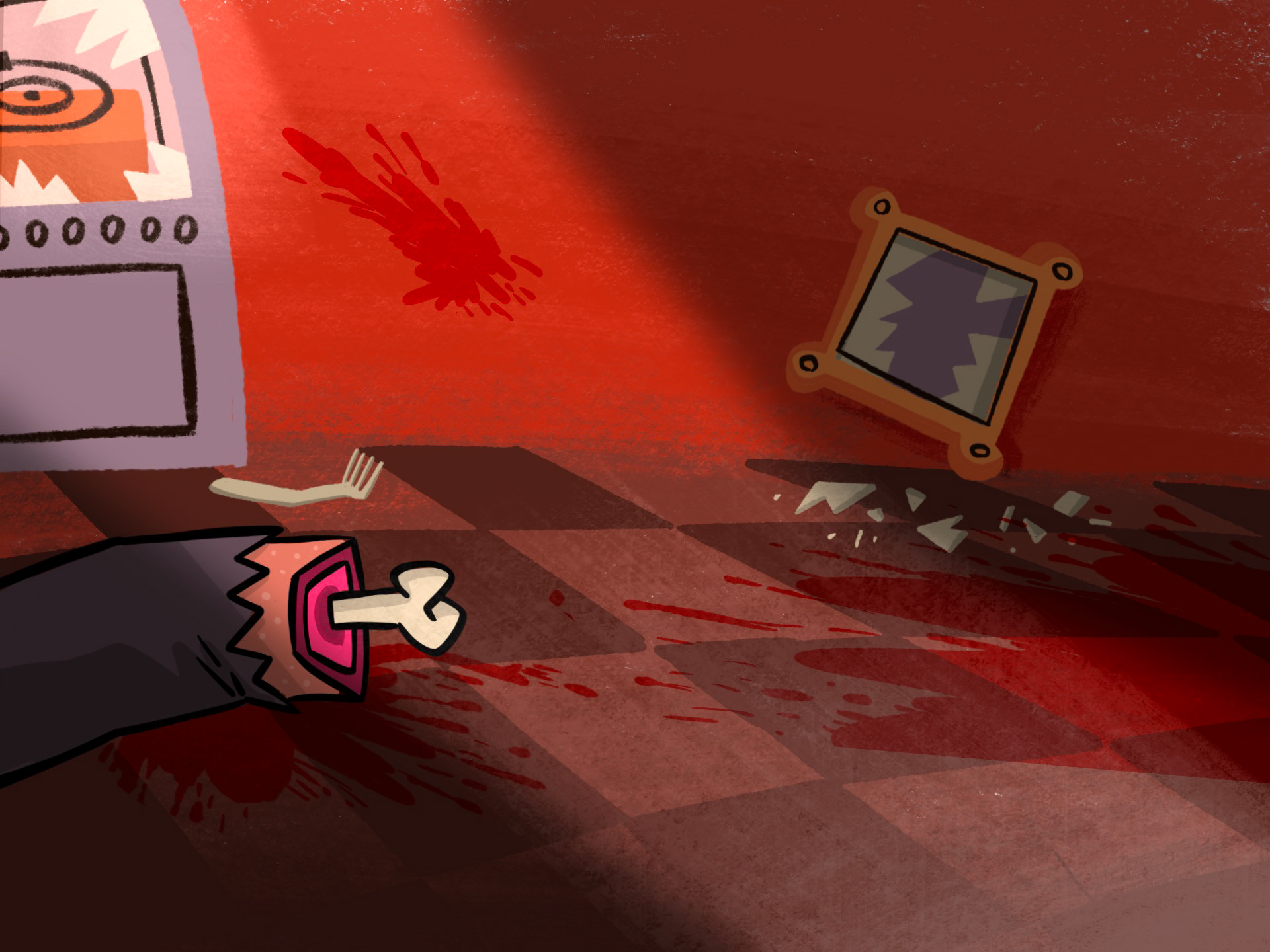 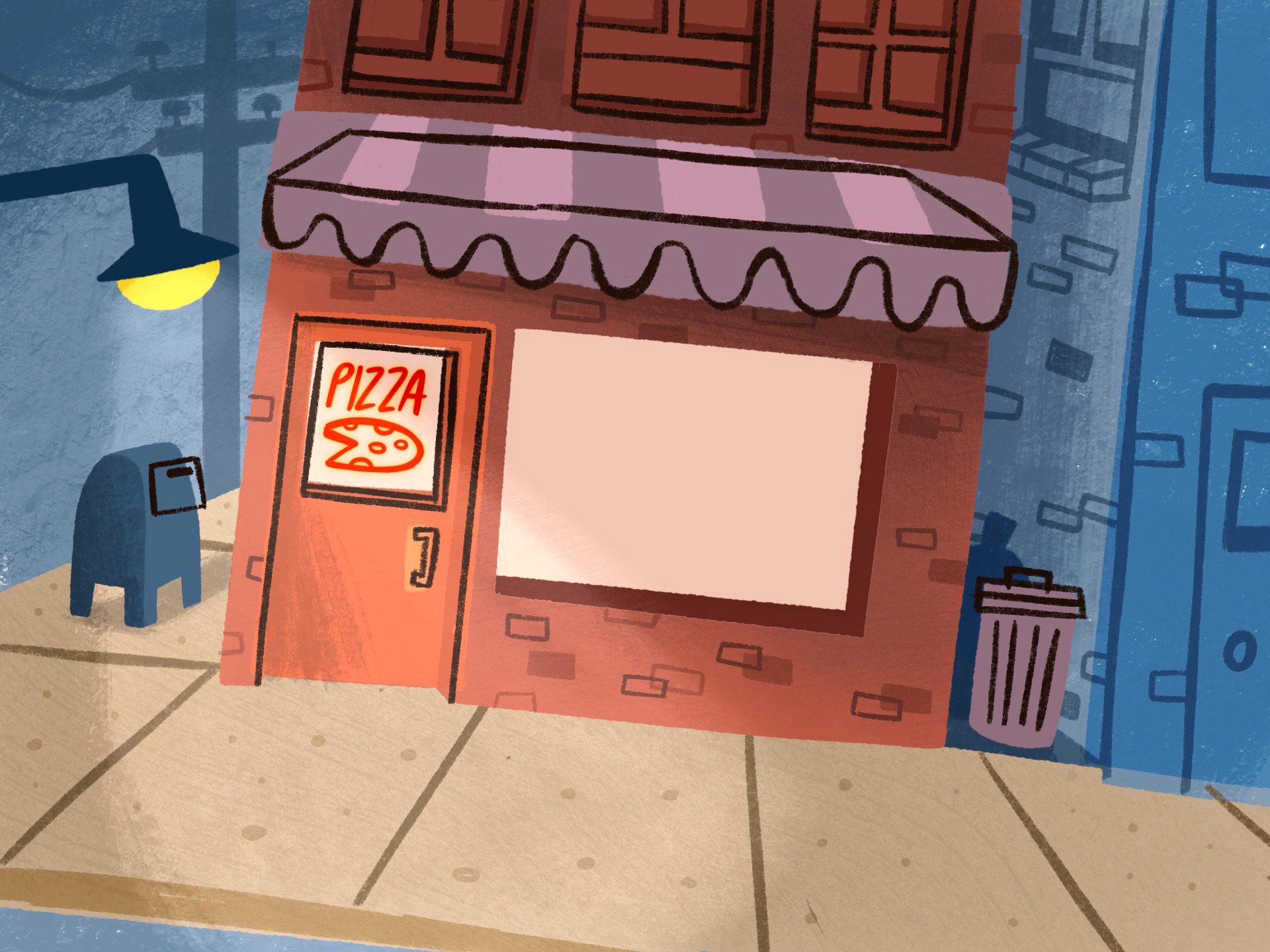 Credits :
Art and animation: Steve Karp
↑Back To Top